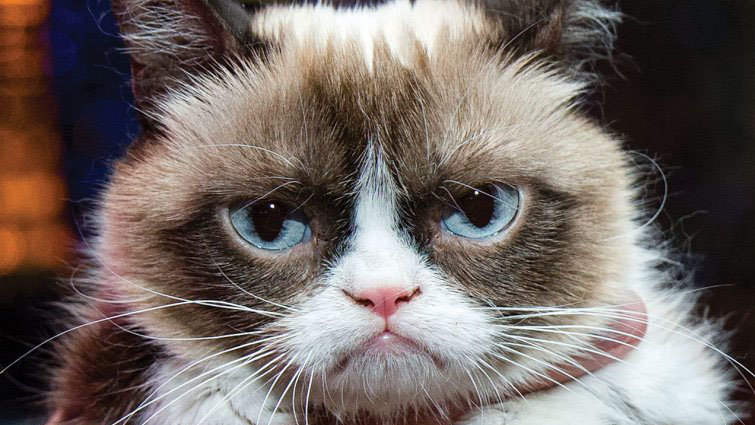 somewhere warm. Just for fun, and with apologies to any offended cat owners, I am

short story contest. The title is Catnap and it is the only fiction piece I have every done

in first person.
~
On occasion, I’ve had the opportunity to notice a bright orange tabby perched in the

windowsill next door. Sprawled in my driveway, with its eyes closed and little pink

tongue hanging to one side, it more closely resembled a deflated basketball. I had

inventory. Was I responsible for the unfortunate feline’s demise?

Since the curtains next door were still drawn, I picked up the evidence of my crime

intent on concealing it within the confines of a trash can. The container, however, was

already overflowing with refuse, so I just tucked the body beneath the topmost layer of

grass clippings and catalpa leaves. Mission accomplished, I drove off to begin a new

As reward for finishing ahead of schedule, the boss had invited the entire staff for a late

afternoon joy-ride on his  catamaran. Later that evening, with the tabby incident

completely forgotten, I was shocked to find the stiff orange corpse lying next to the

empty trash can upon my return. Had it fallen out before the garbage truck arrived?

I was still fussing about what to do when I noticed Fred, my next door neighbour,

looking out his window. Swallowing down a cold lump of rising panic, I nonchalantly

tipped the can over and covertly coaxed the stiff little bundle inside with my foot.

Flipping the container upright, I slammed down the lid and gulped my first breath since

spotting Fred in the window. Halfway to my door, however, I nearly turned cataplectic

when confronted by Fred’s smiling face.

“Ah, Lucky,” I replied, struggling to keep my eyes from wandering down to the trash

can in my hands.

“Oh, where’s my head,” Fred said. “You’re new to the neighbourhood, aren’t you?

Used to everyone knowing Lucky, especially the little ones. Gentle as a kitten, my

“Sorry, but I haven’t seen a tabby,” I said, attempting to manoeuvre around Fred’s

“If you haven’t seen him,” he said, grabbing a handful of my sleeve, “how do you know

“You feeling alright?” Fred asked through squinted eyes. “You look a little green if you

“Too much coffee,” I squeaked, trying to act like I had nothing to hide. Like I hadn’t

killed his sainted cat and wasn’t trying to hide the evidence. I’m no catastrophist, but

the suspicion on Fred’s face didn’t bode well. Then to my rescue came an elderly lady,

with three small children in tow, who waved to Fred from the foot of my driveway.

While Fred was waving back, I tried to make good my escape. Unfortunately, my

sleeve was held fast in his iron grip. Apparently, Fred wasn’t done with me yet. “Well,

just in case old Lucky shows up,” he said, “I should warn you about his cataleptic

“Yes, the poor old thing suffers them seizures something awful. Goes stiff like an old

board, he does. Thought he’d kicked the bucket the first time.”

How much air was there in a garbage can?

“Where’s Lucky?” the smallest of the three children asked.

Something in that angelic face struck a cord. I tore the lid off the trash can and upended

it. Lucky’s orange body tumbled out like a brick of old Catalonia cheese. By this time,

more people had stopped to gawk. Ignoring them, I grabbed Lucky and blew three

quick breaths into his nose and mouth. I followed up by pushing gently on his little

chest. When his hind legs kicked out, the gathering crowd gave a collective gasp.

As her wards began to caterwaul, the old lady’s eyes rolled up and a couple of

teenagers caught her just as she collapsed. Suddenly aware of excruciating pain

emanating from between the thumb and forefinger of my right hand, I looked down.

Someone screamed. It took a moment to realize that it was me. After a few gratuitous

rakes down the sides of my forearms, Lucky catapulted into Fred’s welcoming

embrace. I could see my neighbour’s angry glare mirrored on many faces among the

gathering crowd. A lynch mob out for blood came to mind and I decided to leave

before someone produced a rope.

“He should be locked up,” someone yelled as I skulked into my house amid a cloud of

As dusk turned inevitably into night, I kept a close watch on the angry mob through a

slit in the kitchen window blind. Fred and Lucky were the last to leave. Suddenly

famished, I threw a bowl of frozen Catelli pasta in the microwave before pouring myself

a scotch. I was in such a state, I downed the viscous liquid straight up like it was water.

While rinsing the glass, I thought I heard someone at the front door, but when I went to

peek out the peep hole, there was nobody there.

“Rotten kids,” I muttered to myself before heading back to the kitchen. I paused by the

back door, however, when I noticed a scratching sound coming from the other side.

“Gotcha!” I growled, as I flung the door open and rushed outside.

I scanned the entire backyard twice, but there wasn’t a soul around. On the way back,

I paused to avoid stepping on a big hairy caterpillar; that’s when I noticed the long deep

scratches on the back door. They appeared to have been made by some small cat-

sized animal. A quick trip around to the front revealed similar marks on the front door.

The microwave was dinging, so I went back inside, but my appetite had vanished and I

poured another drink instead. A warm itchy sensation running up my injured arm set me

to wondering whether or not I had contracted the cat scratch disease, until a scraping

noise at the front door distracted me. It stopped after a while, only to start up again a

few minutes later at the back door.

Like fingernails on a chalkboard, the sound made the hair on the back of my neck stand

on end. I was dangerously close to slipping into a state of catatonia when something in

my brain snapped. Like a cat burglar, an evil grin crept silently onto my lips as I opened

wicked as I unscrewed the broom head and tossed it back in the closet. I was through

being a hapless cat’s paw in Lucky’s little game.

Holding my broomstick like a cattle prod, I crept to the front door and switched off the

hall light. The noise at the back door stopped. Catalysed by the strong drink, the

muscles in my arms were like coiled springs. At the first sound outside, I yanked the

door open and swung with all my might. There was a satisfying thud, followed by a

yawl, but I was ill prepared for what I would see when I flicked the light back on. A

very angry police officer was bent over, holding his knee, while his female partner was

pointing a gun at my chest.

While they were cuffing me, I learned the officers were investigating an alleged animal

abuse report. I was in the process of categorically denying any wrongdoing when

Lucky curled himself around the injured police officer’s leg.

“It was Lucky!” I screamed, as the officer reached down to scratch behind the purring

“What?” the officer replied. “You mean this harmless cat?”

“How much you have to drink tonight?” the other officer asked as she leaned over to

“I’m not drunk,” I insisted, but convinced otherwise, they refused to listen.

A short time later, from the backseat of the squad car, I watched Lucky sharpen his

claws on the side of my car while the officers were busy talking to Fred. Without

warning, Lucky suddenly paused mid-stroke and looked me in the eye. Never in my life

had I seen a cat smile like that. It haunts me still.

At the risk of sounding catachrestic, when it comes to felines, I have always been

passionately indifferent, but that is all behind me now. Since it was my first offence I

was offered the option of performing a community service. I had to choose between

extended jail time and working as a feral cat caretaker on Catalina Island. Without

hesitation, I took the time.