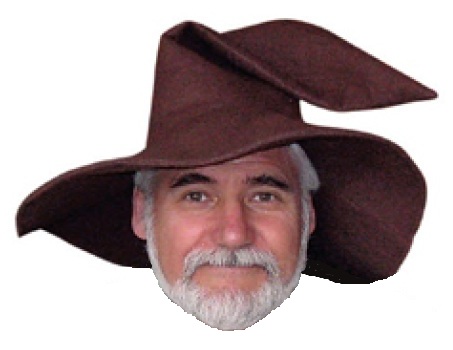 That infamous rejection letter; the raw, caustic brutality of a few simple – often scribbled – words that can snuff the life right out of an otherwise promising writing career. Conversely those same words can steer a more determined author down the path to self-publishing, usually with little or no idea of what they are getting themselves into.

Even one of the most successful authors of our time,  J. K. Rowling, received numerous rejection letters. They added her to the esteemed ranks of Alex Haley, Agatha Christi, C.S. Lewis, Frank Herbert, George Orwell, H. G. Wells, Jack London, John Grisham, Louis L’Amour and  Stephen King, just to name a few famous authors who had their work rejected by a publisher.
The manuscript for ‘Harry Potter and the Philosopher’s Stone’ was sent out to 12 different publishers before it was finally accepted. In my case, far more packages went out before I decided to self-publish my first novel in 2007. The print run was 1,575 copies. In hindsight, I now realize that the editors who rejected my early submissions had legitimate cause to do so. What I sent them was neither polished nor independently proof-read. The same novel was republished in 2011 with over 700 corrections.

For most writers, the lure of seeing their words in print is so powerful that it draws them in like a month to a flame. With the technology available today just about anyone can turn an unpolished manuscript into a garage full of nearly unsalable books within a few months, if not weeks. Even with proper editing and proof-reading, a well-written manuscript can suffer the same fate, simply because it lacks marketing and distribution. In both examples, a stock of unsold books is usually the result of an ill-prepared author diving headfirst into the unforgiving, shark-infested waters of book publishing.

Traditionally published, or self-published, what’s the difference? Well, to put it in a nutshell, traditional publishers pay modest royalties, provide editing, produce quality books, secure distribution, and occasionally even invest in marketing. They can even apply for government grants to help turn losses into profits. Grants of $5,000.00 to $15,000.00 are also available to authors who have been published by a traditional publisher. Things are a whole lot different in the self-publishing world, where grants are simply not available and the author is responsible for all expenses.

Self-publishing is far from being a new concept. Edgar Rice Burrows successfully published his own books in the 1930’s, and since then there have been hundreds of very successful even award-winning self-published books. The biggest hurdle I have encountered is the outdated notion that all self-published books are produced by a “Vanity Press”, and would be otherwise unpublishable. It is untrue, but can be difficult to overcome none-the-less.

For any author who desires to stay focussed on their writing, I recommend filing those rejection letters away and staying the course. For those who do choose self-publishing, for whatever reason, I strongly suggest they read a minimum of three books on the subject first, or at least enlist the services of a competent mentor. In doing so they may avoid great disappointment and possibly a significant financial loss. When done right, however, self-publishing can be a very satisfying experience. It can also be a stepping stone to finding a traditional publisher.

The sad reality is that most authors, traditionally published or not, never get rich. In fact it is extremely rare for a Canadian author to make a decent living from writing alone. Thankfully there are other ways for an author to make a few dollars, such as registering with Access Copyright in order to receive royalties for schools copying their work. Authors can also register for Public Lending Rights payments, which compensate them for their books being available in libraries.

Sound like a lot of hard work? Is it really all worth it? You bet.