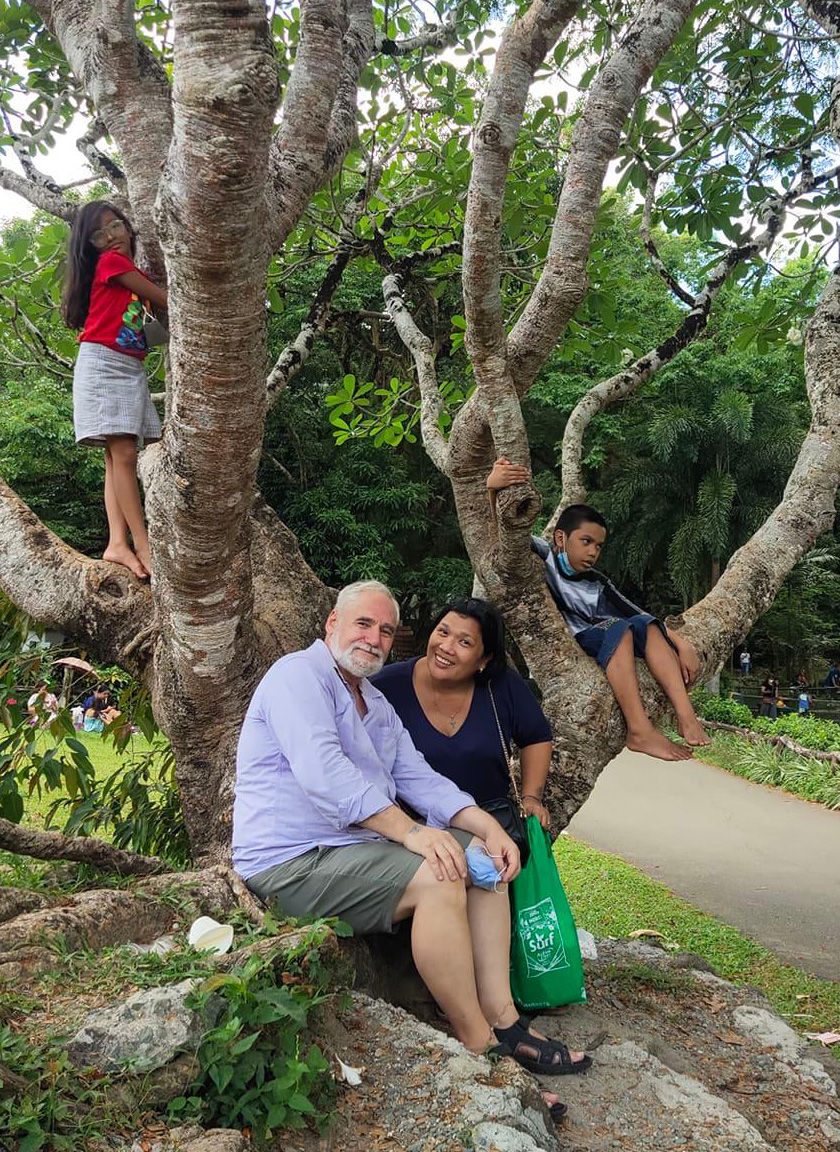 A few months ago I travelled to the Philippines in order to finally meet my fiancée in person. Covid-19 restrictions had kept us apart for nearly two years, so I booked my flight within a week of learning that foreign tourists would once again be allowed into the country. We spent a month together in Caloocan City, which is in the northern section of Metro Manila. According to Wikipedia, Manila is the most densely populated city in the world. Despite also being one of the most natural-disaster-afflicted capital cities in the world, second only to Tokyo, Metro Manila is one of the wealthiest regions in Southeast Asia.

Spending time in the Philippines has been one of the highlights of my life, and I have already made plans to go back again. Not only was I actually able to meet my bride-to-be in person, my fiancée and I were also able to share some fantastic adventures together in the process. At my request we went to Tagaytay first, to look at Taal, an active volcano, then a few days later on to Antipolo for a visit to the Mystical Cave, and finally to downtown Manila to explore a sixteenth century Spanish Fort.

This Philippines trip provided an opportunity to cross a number of items off my personal Bucket List. The first, of course, was actually going to Southeast Asia. The Philippines is on the other side of the world, and travelling there became my first trip beyond the physical boundaries of North America. The only scary part was flying so close to Russia, just a few days after the war in Ukraine had started.

An up close look at an active volcano was the second Bucket List item to be removed. Taal was actually steaming when we arrived. A thin layer of morning haze had drifted in over the lake, but from an elevated viewing platform in The Peoples Park we were able to pose for pictures with the volcano still visible in the background. It was a shock to see on the news, less than two weeks later, that Taal had erupted; spewing a cloud of smoke and noxious fumes a full kilometre and a half into the air, it forced the evacuation of nine hundred families from the surrounding area.

Our next trip was to Antipolo, where we painstakingly climbed the one hundred and fifty stone steps to reach the entrance for the Mystical Cave, which we were told was once used by the invading Japanese army during the Second World War. Exploring a large cave was my stroked-off Bucket List item number three. The cave seemed massive, like nothing I had ever seen before, and apparently eight levels deep. It took twenty minutes for our guide to show us the topmost level. During my research, I read that people had been reported lost down in those lower levels, so when our guide offered to take us down to the next one, I politely declined. On a side note, I used my phone to film most of our tour inside of the cave and posted it on both FaceBook and my website.

I have never been inside a real stone castle, but a sixteenth century Spanish fort will most likely be the closest I will ever get, so I am counting our visit there as item number four to be removed from my Bucket List. Baluarte De San Diego was built in 1587, but it was heavily damaged by successive earthquakes in the nineteenth century. Restoration has been ongoing for the past forty years. There were no guides, leaving us free to roam around as we wished. At one point, to my fiancée’s dismay, I climbed up onto a crenel on the south wall to gaze out over the city, and a misty Manila Bay, much like I imagine Spanish soldiers would have done more than four hundred years ago.

Tagalog is the language spoken by most Filipinos in the Metro Manila area, but nonetheless it is still surprisingly easy for an English speaking person to get around and communicate with people. The main reason for this is the fact that English is the official language of the Philippines, resulting in all directions and signs being printed in English.

Renting a house in Caloocan, rather than staying in a condo or hotel, allowed me to meet many of our neighbours. To my surprise, quite a number of them could speak English well enough to converse. My fiancée’s neighbourhood, where we stayed, I found to be extremely family oriented, with many generations living in the same household. It brought to mind memories of growing up in Winnipeg during the sixties, when my family knew almost everyone who lived on our block.

In the USA they often say Canadians are overly polite, and respectful, but in the Philippines I found respect and politeness taken to a who new level. Based on my experience, I have to say that Filipinos in general are the friendliest people I have ever met. Before I left Canada, I spent some time practicing basic Tagalog words and phrases with my fiancée. Now, however, I realize that I must work a lot harder to learn the language before I return this fall. Not everyone I met could speak English well enough to carry on a conversation, yet they always seemed so pleased when I made an effort to speak to them in Tagalog. It left me feeling somewhat obligated to at least meet them halfway. My next adventure will be to experience Christmas and New Year’s Eve in the Philippines. I can hardly wait.